"Man Power" The Image of God

"God Power" and "Man Power" are the most powerful forces in the universe. Even the Angels themselves do not have the power to create and destroy like the power given to man. Even though Man may have been created after God created angels it is Man that was made in the image of God. Many other creations bare the "finger prints" of God like the ability to love, choose, have anger, see (sight), forgive, protect, hear, etc. Even our faces are "finger prints" like humans, animals, and insects have eyes, and ears, and mouths, but why do humans bare not just the "finger prints" of God but the image of God as well.
Most people believe it is our ability to communicate but to be more specific it is our spoken language that bares the image of God. The ability to communicate is just a "finger print" because animals and insects communicate and create things all of the time but mans ability to communicate and create goes far beyond what any animal or insect could ever do because of our human brains. Our brains were made in such a way that it allows us to think at levels that would be considered super intelligence compared to animals and insects. The brain would be what I consider to be the vessel for my soul. So I consider the soul to be made in the image of God.
Man power is nothing compared to God power, but the power God gave to Mankind is enough to destroy the world (don't worry, God won't let us do that). The problem with one human ruler over the entire human race all speaking one language We are a destructive, sinful, selfish, greedy creation. Too much power in the wrong hands is deadly. I'm not trying to knock mankind because we all know what happened to Lucifer and one third of the angels that God created but God did not give the angels the ability to destroy themselves. We were given the that power and as minute as it is compared to the power of God, if mankind were to all think on the same wave, speak the same language, and have one human ruler it would be a super power. Powerful enough to destroy the planet and every living thing on it. In all of creation other than God only man can destroy the world because we were made so close in the image of God.
In the Bible there is a story told during ancient times which occurred after the great flood when all of mankind still spoke one language and worked together to create. However, man started to grow too powerful. Because of mans sin nature we abuse power and the people of that time. They wanted to be gods themselves and wanted to reach God. They all came together to build a great tower (The tower of babel Gen. 11 1-9) that would take them to God. When God saw what they were doing He knocked it down and gave people separate languages so that they could not understand one another. This was God's way of protecting mankind from self-destruction.


If you are a fan of christian apologetics check out "Master Science" by Meek Godmanseed. "Master Science" is a powerful book that uses science and history to give christian answers to help show you proof of God and proof the Bible is true. You can get a free copy of this book just by going to the official website To get your copy go to http://www.masterscience.webs.com 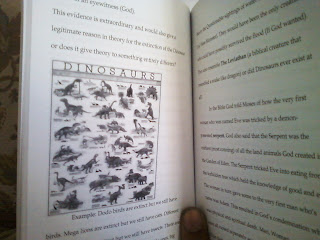 Posted by Calvin Winstien at 6:43 PM

Email ThisBlogThis!Share to TwitterShare to FacebookShare to Pinterest
Labels: apologetic, apologetics, c, christian apologetics, creationism, is god real, proof of God, proof the bible is true, who is god